I’m going to start every paragraph except this one with the term Eleanor Roosevelt’s hamster.

Eleanor Roosevelt’s hamster I’m sure had his share of startling deadlines in his life – having to eat so he didn’t die, having to sleep so he was alert the next day to avoid FDR’s wheels, having to learn the tax code so he could keep up with the financial musings of the nation. But none were as impressive as mine. I have just had it CONFIRMED that December 21 is my surgery date. This is pretty remarkable for a number of reasons. 1) My surgeon is *technically* already retired. He mentioned he probably would have pawned off my case to the other surgeon in the office, only his financial lady, who is a BOSS, made him promise to do mine so we didn’t have to endure another 8 months of insurance headaches. So he has two minor TMJ surgeries this week, and then he wraps up his career with ME. 2) If I get sick, we have to postpone. So I’m very tempted to live in a bubble. Daily vitamins, healthy shakes, exercise… here I come… again? 3) It’s a good thing we have Santa’s email address, because methinks we’ll arrange for him to come to just our house early this year. 4) It’s the shortest day of the year. That means it’ll hurt for the littlest amount of time. That’s how days work, right?

Eleanor Roosevelt’s hamster, Claude III, lived a life that was a little on the short spectrum for a dwarf hamster – 12 months. That’s probably long my full recovery will take. The brunt of the recovery will be in 2 stages – the first week, which by all tokens is the week you just have to get past to get on with your life. Then 3 months is the accepted “recovery period” for the surgery. But what that means is hopefully by 90 days I’ll be able to live a normal self-sufficient lifestyle. I won’t be back to where I am NOW (eating things like steak) for a year or so. So me and Claude III have something in common. And other things not in common, such as me being alive still. A pretty good timeline for recovery can be found here: http://doublejawsurgery.com/recovery-timeline

Eleanor Roosevelt’s hamster! I just realized something! There are only 6 weekends between now and the surgery, and one of them is going to be Christmasish. Next weekend I’ll be playing in a local disc golf tournament and one is Thanksgiving weekend. So really, I kinda only have 3 weekends to do what I want. There’s alot, both surgery-related and non. I want to start taste-testing and practicing a variety of smoothies and things like a waterpik flosser and a neti-pot… things I’ve never used before but will likely depend on post-facebreaking. I will have to shop for some supplies I’ll need and want to talk myself OUT of buying an Xbox One or PS4 (as I still have 3 games for the 360 that I haven’t finished). I’ll gladly take donations, though. But also, socially, I’ll want to see some people, as I imagine I won’t be doing TOO much social for about a month after the surgery.

Eleanor Roosevelt’s hamster, who I imagined looked like this, 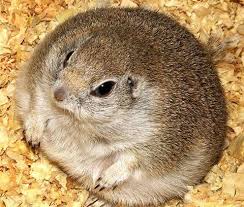 , had gotten a little chubby, another thing we regretfully have in common. But more than now, this is how I WILL look after the surgery. I’m still on the fence if I will post pictures, because they will be kinda alarming. I’ll decide that as it comes. I do have a few responsibilities left to do. The first week of December, I’ll have to donate some of my own blood “just in case”. Dr. M. says he hasn’t used a patient’s own blood in years (he can’t remember the last time), but it’s a substantial amount – enough that it will take the body 3 weeks to replenish. Then the week after that, I have my FINAL meeting with him, where we go through what to expect, the surgery, side effects, sign releases. Coolest of all, right now my info is getting processed in CO and they will have a total 3D computer model that they’ll show me EXACTLY what they’re doing to MY mouth specifically (not the generic ‘here’s what to expect – it will be MY head, MY jaw, where specifically the incision will be and the hardware will go). So that’s neat. Then the week after that I go back to the hospital to do bloodwork and other tests to make sure I’m a go. Then it’s showtime.

Eleanor Roosevelt’s hamster had many friends and family: Becky, lil’ Bumbles, Shoehorn, T-Dogg, Cheepy, Lugnut, Halvorson Uppencamp, Brogue, Esmerelbow, Buckeye, Peep, Ogless, the other Peep, and Hannah. I’ll have my friends too – hopefully I’ll be able to get a few east coasters out to help out, and maybe even a member of my fam. But I’ll have Ash’s family here for me for the duration, which will be invaluable. The surgery alone is 6 hours which Ash will likely have to stay at the hospital the whole time. It’s gonna be a pretty long week, then a long two weeks, then a long month, then a long year… you get the picture.

Eleanor Roosevelt’s hamster lived by one credo: live life like today is the first day of the march towards double orthognathic jaw surgery. Claude III was a pretty frickin’ weird hamster. T minus 45 days!